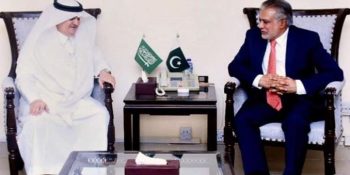 ISLAMABAD, Sep 28 (DNA): Saudi Ambassador Nawaf Bin Said Al-Malki on Wednesday called on Minister for Finance and Revenue Muhammad Ishaq Dar here and congratulated him on assuming the charge of Finance Ministry. During the meeting, Ishaq Dar felicitated the ambassador on Crown Prince Mohammad Bin Salman’s designation as Prime Minister of the Kingdom of Saudi Arabia, a Finance Ministry press release said. The finance minister highlighted the long-standing bilateral relations between Pakistan and Saudi Arabia in various areas. He said the two countries had exceptional relationships based on social,Read More 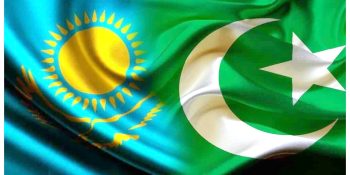 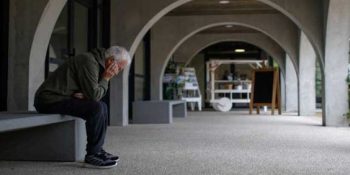 An experimental Alzheimer’s drug made by Eisai Co Ltd (4523.T) and Biogen (BIIB.O) slowed cognitive and functional decline in a large trial of patients in the early stages of the disease, they said on Tuesday, potentially a rare win in a field littered with failed drugs. Multiple drugmakers have so far tried and failed to find an effective treatment for the brain-wasting disease that affects about 55 million people globally. A breakthrough would be a major boost to similar studies being run by Roche and Eli Lilly. Speaking of theRead More 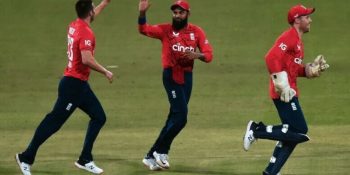 Lahore: England fast bowler Mark Wood’s express pace helped the tourists bowl out Pakistan for a below-par 145 in the fifth T20 international in Lahore on Wednesday. Wood — playing only his second international since undergoing elbow surgery — took 3-20 after the home team were sent in to bat at Gaddafi Stadium. Wood’s fellow pacers Sam Curran (2-23) and David Willey (2-23) also bowled with hostility as Pakistan were dismissed in 19 overs. Amid a middle-order collapse from 42-1 which saw Pakistan lose six wickets off 48 balls forRead More 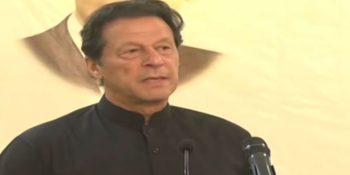 Urges nation to stand up to smash shackles of slavery DNAISLAMABAD: Pakistan Tehreek-e-Insaf (PTI) Chairman Imran Khan said that it was a good thing that the conversation was leaked; however, he added that the US cypher should now also be made public so that the nation could see the magnitude of the conspiracy.Speaking at the convention on the subject of economy, foreign policy, human rights and terrorism, Imran Khan said that Shehbaz Sharif’s government was behind the audio leak, adding that it was very good that they have done.He demandedRead More 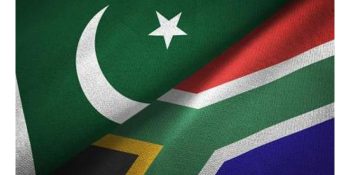