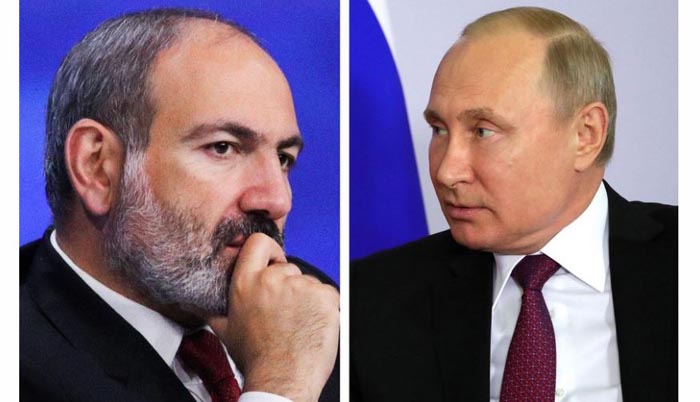 MOSCOW, NOV 21: Russian President Vladimir Putin and Armenian Prime Minister Nikol Pashinyan have discussed the situation in Karabakh and measures to stabilize it. “The sides continued the discussion of the situation in the region and measures taken to stabilize it in the context of the implementation of the trilateral agreements on Karabakh dated November 9, 2020, and January 11, 2021. Nikol Pashinyan expressed gratitude for the active mediation efforts of Russia,” the Kremlin said. 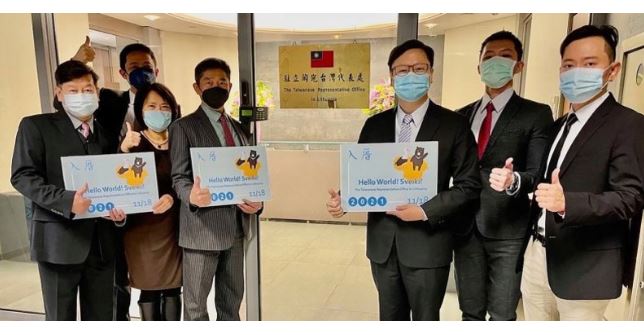 BEIJING: China downgraded its diplomatic relations with Lithuania on Sunday, pulling out its ambassador and lashing out at the Baltic nation for its recent decision to let Taiwan open an office there. According to the Chinese Foreign Ministry, instead of an ambassador, Chinese interests in Lithuania will be represented by a charge d’affaires, a position that is not diplomatically at the same level as an ambassador. It’s not clear what practical effect this will have on relations, as China’s ambassador had already left Vilnius in August. The opening of the new office had been announcedRead More 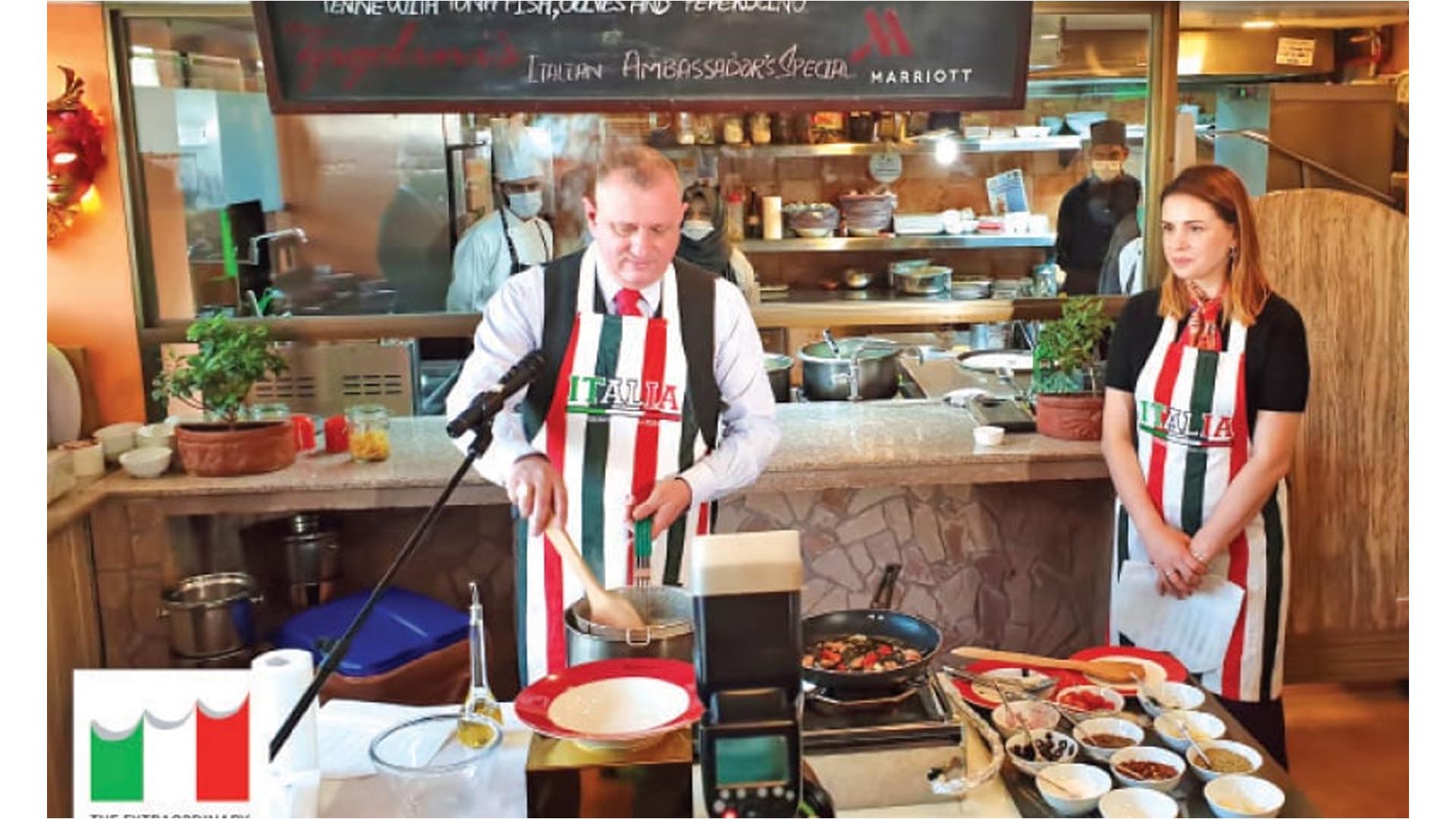 KARACHI, Nov 21 (DNA): The launch of the VI Edition of the Week of Italian Cuisine in the World will be celebrated in Karachi from 22-28 November 2021, this year it is dedicated to the theme “Tradition and perspectives of Italian Cuisine: awareness and enhancement of food sustainability”, which combines the promotion of Italian agri-food products with the enhancement of the Mediterranean Diet, as a model of healthy and sustainable diet and lifestyle. The Consulate of Italy in Karachi has invited two special guests from Italy; Chef Samuele Crestale hailingRead More 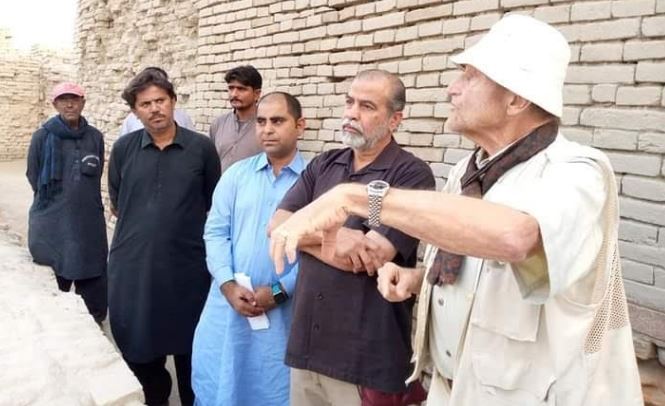 By Nazir H Siyal KARACHI: UNESCO & NFMTechnical Committee  Dr Michael Jansen visited the Archaeological Sites and Museum of Mohen jo Daro here on Sunday. The technical team led byDr. Kaleemullah Lashari led the experts team checked DKG area and ongoing development work, regarding conservation of site guidelines and suggestions by the experts on the occasion. During the routine visit of technical committee among Ihsan Abbasi Curator and Naveed Sangah briefed the experts of UNESCO and National Fund for Mohen Jo Daro (NFM) about proper Conservation work on the site. 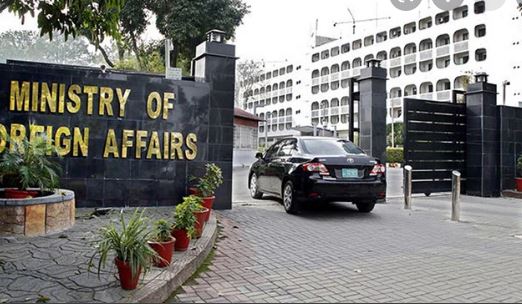 ISLAMABAD, NOV 21 /DNA/ – Pakistan strongly rejected highly irresponsible, provocative and gratuitous remarks by the Indian Defence Minister threatening Pakistan. His unfounded remarks are delusional on the one hand, and  reflective of India’s characteristic hostility towards its neighbours on the other. India’s smear campaign against Pakistan has been totally exposed and discredited. It has no takers in the international community.  It is no secret that Indian leaders engage in falsehoods and fantasies while pointing fingers at neighbours including Pakistan. In doing so India wants to divert the attention ofRead More 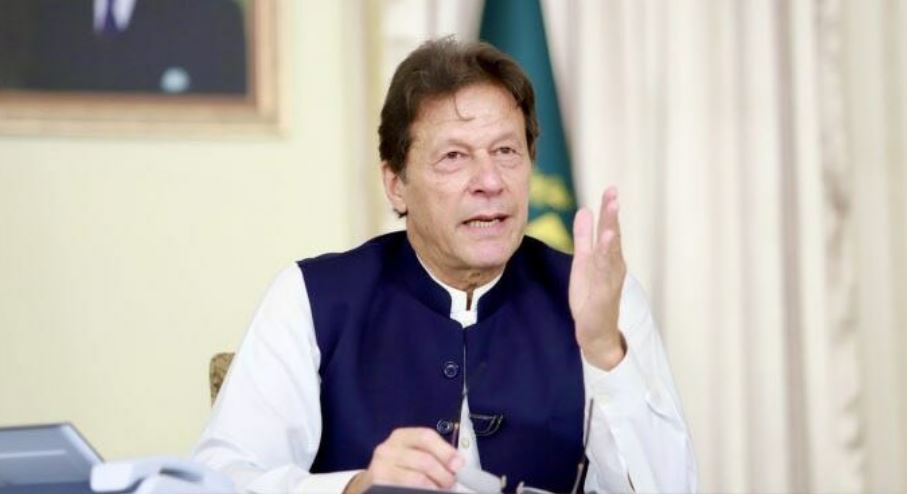 ISLAMABAD, NOV 21: Prime Minister Imran Khan on Sunday vowed to take action against the land mafia and their facilitators, based on data that the government has gathered through digitisation of land records. The premier had in September launched a cadastral map of Islamabad to curb land record tampering, ensure monitoring of construction through imagery and provide information about land ownership. The Survey of Pakistan was assigned the task of cadastral mapping. In the first phase, digitisation of land revenue records of three major cities — Karachi, Lahore and Islamabad — andRead More