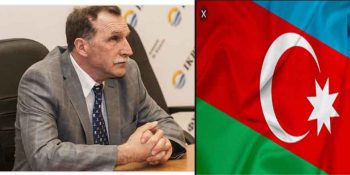 BAKU, FEB 21 — Azerbaijan pursued quite balanced foreign policy, in particular in Europe, Russian political analyst Georgy Bovt told. Bovt was commenting on the state visit by Azerbaijani President Ilham Aliyev to Italy. Baku’s foreign policy is aimed at strengthening Azerbaijan’s position in Europe, the political analyst noted. “This can bring certain dividends to Azerbaijan not only in the energy market, but also as part of cooperation with the EU in a number of areas,” Bovt said. In addition, the EU confidence in Azerbaijan has increased significantly in recentRead More 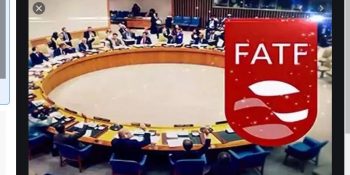 PARIS, FEB 21 (DNA) – Pakistan has completed its briefing to the Financial Action Task Force (FATF) over implementation of the 27 recommendations about the anti-money laundering and combating financing of terrorism (AML/CFT) mechanism. According to a private television channel report Friday the intergovernmental organization is satisfied with Pakistan’s measures. Pakistan will presumably receive time till October to implement all recommendations and exit the FATF grey list. The FATF members have lauded Islamabad over the steps that have been taken so far. It has further been observed that Pakistan has adopted anRead More 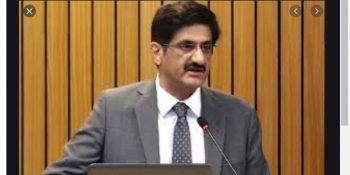 LAHORE, FEB 21 (DNA) – Led by Punjab Law Minister Raja Basharat, a special government committee forwarded the latest medical reports of former prime minister Nawaz Sharif to a medical board to make its recommendations on whether or not the PML-N supreme leader be given permission to extend his stay in London. The minister, who presided over a third meeting of the committee today, asked the medical panel to put forth its recommendations within three days’ time. Raja Basharat said the committee talked to the former premier’s personal physician Dr Adnan andRead More 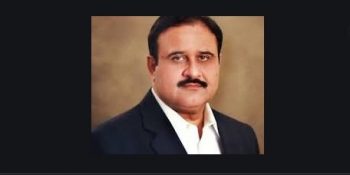 LAYYAH, FEB 21 (DNA) – Punjab Chief Minister Sardar Usman Buzdar here Friday said Ehsaas Punjab programme would be launched soon with an initial Rs 12 billion funding to benefit the weaker and impoverished segments of society in the province. He was addressing a gathering at Layyah district sports complex where Prime Minister distributed income-generating assets among the people from poor segments of society under Ehsaas programme. Buzdar also announced to upgrade Chowk Sarwar Shaheed as the fifth tehsil of district Muzaffargarh stating that the demand was made by Minister of StateRead More 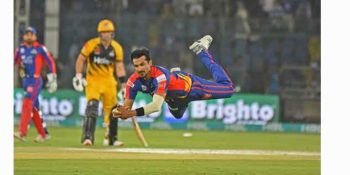 KARACHI, FEB 21 – Karachi Kings have defeated Peshawar Zalmi by 10 runs in 5th edition of Pakistan Super League at National Stadium in Karachi today (Friday). Karachi Kings had set 202-run target against Peshawar Zalmi. Chasing the massive target, LS Livingstone remained not out with 54 runs on 29 balls. Kamran Akmal could only make 43 runs on 26 deliveries. He was bowled out by Delport. Jordan and Umaid Asif clinched two wickets each, whereas, Amir and Delport got one wicket each. Earlier for Zalmi, Babar Azam looked in supremeRead More 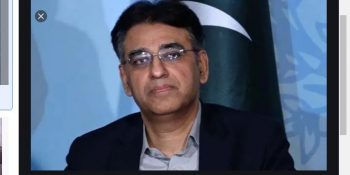 ISLAMABAD, FEB 21 (DNA) – Minister for Planning, Development and Special Initiatives Asad Umar has expressed satisfaction at the overall delivery of CPEC projects, saying the pace of implementation would be further accelerated. He made these remarks while talking to Chinese Ambassador to Pakistan Yao Jing, who called on him in Islamabad Friday. Matters relating to CPEC, B2B collaboration between the two countries and social sector development in Pakistan came under discussion. The Minister expressed his satisfaction at the overall delivery of CPEC projects and said that the pace of implementation wouldRead More