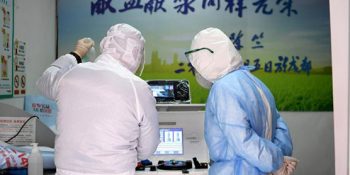 PARIS, FEB 15 (DNA) : An 80-year-old Chinese tourist has died from the new coronavirus (now officially named COVID-19) in a Paris hospital of France, the first death confirmed in Europe, French Health Minister Agnes Buzyn stated on Saturday. Other than this, only three deaths were recorded so far outside mainland China – in the Philippines, Hong Kong and Japan. The tourist hailed from Hubei province of China. “I was informed yesterday night of the death of a Chinese tourist aged 80, who was hospitalised in Bichat Hospital, Paris, sinceRead More

World Cup in Trampoline Gymnastics, Tumbling gets underway in Baku 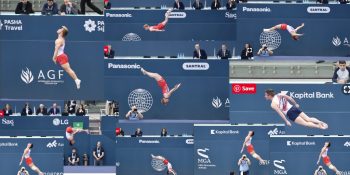 BAKU, FEB 15  —   The FIG World Cup in Trampoline Gymnastics and Tumbling has today started in Baku. 150 gymnasts from 30 countries are contesting medals at the National Gymnastics Arena. The event will qualify for the Tokyo 2020 Olympic Games. The qualifications will take place on the first day of the competitions and will be followed by finals next day. The traditional “AGF Trophy” will be presented to the gymnasts with the highest execution score in the tournament. Azerbaijan’s hopes are pinned on Seljan Magsudova and Farid Mustafayev. 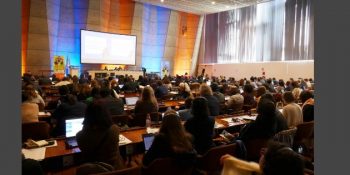 BAKU, FEB 15 –  Members of the Bureau of the 14th session of the Intergovernmental Committee of the UN Convention on the Protection and Promotion of Cultural Self-Diversity in the UNESCO Headquarters in Paris have been elected. Azerbaijan was elected deputy chair of the Bureau for a one-year term. ======= 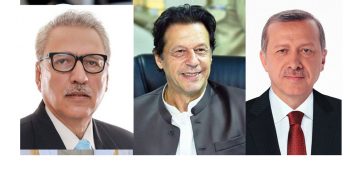 ISLAMABAD, FEB 15 (DNA) – Turkish President Recep Tayyip Erdogan has presented the book “Occupying the Century: Palestine under Unilateral Plans” to his Pakistani counterpart, Arif Alvi, and Prime Minister Imran Khan during his visit to Islamabad. According to a statement issued by the Turkish Presidency Communication Department, which prepared the book in Turkish, English and Arabic languages with the aim of increasing awareness of the Palestinian issue. The book deals with the struggle of the Palestinian people, the stages of the Israeli occupation and its violations of international law,Read More 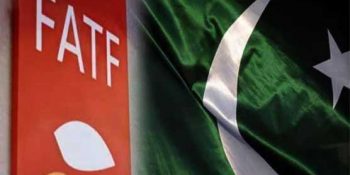 LAHORE, FEB 15 (DNA) :  A five-day session of the Financial Action Task Force (FATF) will begin tomorrow in Paris in which Pakistan’s performance on the implementation of the global illicit financing watchdog’s 27 action points to curb terror financing and money laundering will be reviewed. Experts are of the view that Pakistan is expected to exit the grey list soon after winning a “largely-compliant” rating from the FATF, or might get more time from the watchdog for attaining full compliance. Pakistan will be judged by an FATF plenary meetingRead More

Pakistan, Turkey sign MoU for cooperation on trade and customs 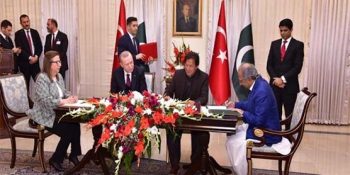 ISLAMABAD, FEB 15 (DNA) :  A memorandum of understanding (MoU) was signed yesterday between the Ministry of Trade of the Republic of Turkey and the Federal Board of Revenue (FBR) on trade facilitation and customs cooperation matters. The MoU was signed by Turkish trade minister Ms Ruhsar Peckan, and Adviser to the Prime Minister on Finance and Revenue Abdul Hafeez Sheikh at the PM House in Islamabad. According to a press statement, the FBR identified a number of countries, including Turkey, for Cooperation and Mutual Assistance in Customs Matters in orderRead More