Chelsea transfer ban: Manager Frank Lampard says he expects to be told “very soon” if the club’s ban has been lifted 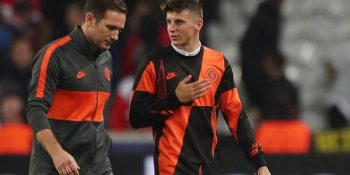 Chelsea manager Frank Lampard expects to be told “very soon” whether the club’s transfer ban has been lifted. The Blues were given a two-window ban in February by Fifa for breaching rules around signing young players. Chelsea elected not to rush an appeal, meaning they were denied the chance to bring in new players during the summer. But their case was heard by the Court of Arbitration for Sport last month and the club expect to be told within days if they have been successful. A judgement published by Fifa showed 150Read More 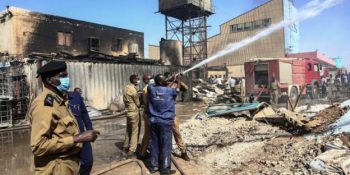 The number of people killed in the fire which swept through a ceramics factory in Sudan’s capital, Khartoum has risen to 23, while more than 130 have been injured, the government has said in a statement. The fire was triggered after a gas tanker exploded, it said. “There were also inflammable materials improperly stored, which led to the spread of the fire,” the statement added. Raging flames and thick plumes of smoke billowed into the sky, before firemen managed to extinguish the blaze.

Russia to label individuals as ‘foreign agents’ under new law 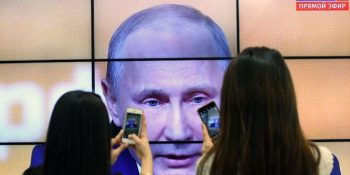 Russia can designate independent journalists and bloggers as “foreign agents” after amending a controversial law. The “foreign agent” label already applies to certain media organisations and NGOs which engage in politics and receive funding from abroad. The amended law has been condemned by the EU, Amnesty International and the OSCE international security body. “Foreign agent” was a Soviet-era term of abuse for political dissidents. President Vladimir Putin signed the amended “foreign agent” media law on Monday. Russia says the original media bill, introduced in 2017, was its response to aRead More 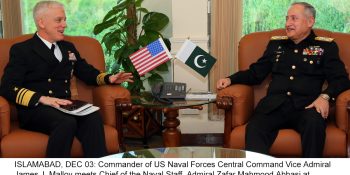 ISLAMABAD, DEC 03 (DNA) – Commander of US Naval Forces Central Command Vice Admiral James J. Malloy called on Chief of the Naval Staff, Admiral Zafar Mahmood Abbasi in his office at Naval Headquarters, Islamabad. During the meeting, matters related to maritime security in the Indian Ocean Region and mutual interest including bilateral naval collaboration were discussed. Pakistan Navy has been a regular contributor to the Combined Maritime Forces since 2004 and has also commanded Multinational Combined Task Forces 150 & 151, eleven and eight times respectively.=DNA ============= 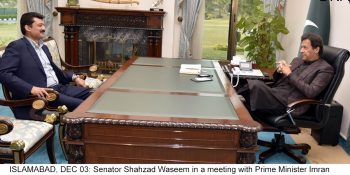 ISLAMABAD, DEC 03 (DNA) – PTI Senator Shahzad Waseem met with Prime Minister Imran Khan at PM Secretariat on Tuesday. During the meeting, they discussed the overall prevailing situation of the country. Matters related to legislation in the Senate also came under discussion.=DNA ============== 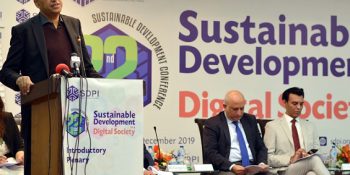 ISLAMABAD, DEC 03 (DNA) – Federal Minister for Planning, Development, Reform and Special Initiatives Asad Umar has said that businesses in Pakistan are controlled and influenced by those who have access to policy decisions and capital markets whereas those who have best ideas and willing to work hard are not necessarily the one’s to become winners. However, he said the advent of digitalization has the potential to break this barrier. He was speaking at the introductory plenary of twenty-second Sustainable Development Conference (SDC) under the overarching theme of” Sustainable Development in aRead More