A delegation from Ministry for Political, legal and Security Affairs of the Republic of Indonesia called on Mr. Zahoor Ahmad, Additional Secretary (Asia Pacific) today, in the Ministry of Foreign Affairs, Islamabad. The Indonesian delegation is visiting Pakistan from 7-9 October, 2019 for preliminary meeting of Pakistan-Indonesia security dialogue. Additional Secretary (Asia Pacific) briefed the delegation about the unilateral and illegal actions of Indian Government in the Indian occupied Jammu and Kashmir. He thanked the Indonesian side for their support for Pakistan’s candidature for ASEAN full dialogue partnership. Both sidesRead More 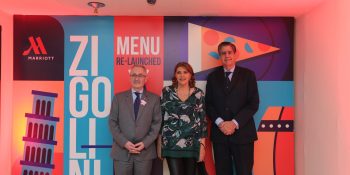 Islamabad, OCT 9 (DNA) – Food enthusiasts in the twin cities of Islamabad and Rawalpindi can now enjoy a delicious new variety in Italian cuisine at Zigolini restaurant, Islamabad Marriott Hotel. Italian Chef Carlos has worked extensively to recreate the menu at the restaurant, introducing a contemporary style of urban Italian cuisine. Thus, tapping into a global trend of upscale restaurants offering a refined yet relaxed dining experience. Zigolini unveiled its new menu during an exclusive launch event hosted at the five-star hotel on Wednesday. Ambassador of Italy His ExcellencyRead More 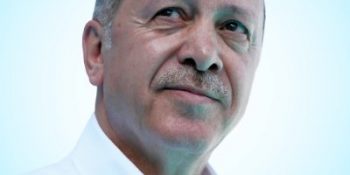 ANKARA, OCT 9 (DNA) -The Turkish Armed Forces, together with the Syrian National Army, have launched Operation Peace Spring against PKK/YPG and Daesh terrorists in northern Syria. The Turkish president Recep Tayyip Erodgan in his Twitter message said “Our mission is to prevent the creation of a terror corridor across our southern border, and to bring peace to the area”.DNA 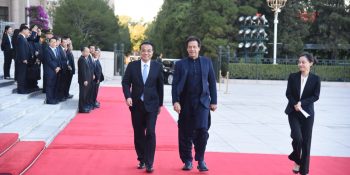 • Pakistan side informed China about the situation in Jammu and Kashmir, including its concerns, position, and current urgent issues. China reiterated that the Kashmir issue is a dispute left from history, and should be properly and peacefully resolved based on the UN Charter, relevant UN Security Council resolutions and bilateral agreements. • Pakistan reaffirmed its commitment to the One China Policy and One Country Two Systems. Pakistan reiterated that affairs of Hong Kong were China’s internal matter. • CPEC was a transformational project. A CPEC Authority was establishedRead More 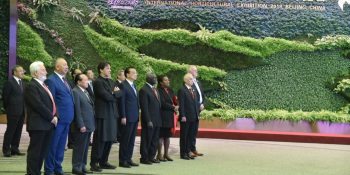 Prime Minister Imran Khan met Chairman National People’s Congress, Li Zhanshu, today at the Great Hall of the People. The Prime Minister was accompanied by Foreign Minister, Minister of Railways, Special Assistant to the Prime Minister on Energy and other senior officials. Congratulating Chairman Li on 70th anniversary of the founding of the People’s Republic of China, Prime Minister reiterated that Pakistan and China were close friends, steadfast partners and ‘iron brothers. Prime Minister underlined that China’s economic transformation in last few decades had been very impressive and worth emulating.Read More 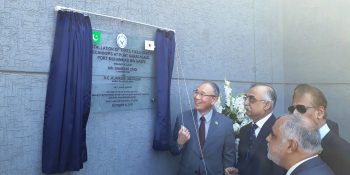