20 killed, over 300 injured as 5.9 magnitude earthquake jolts parts of Balochistan 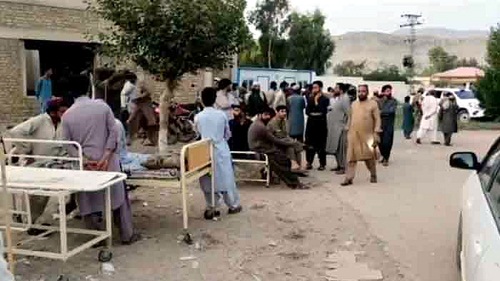 Quetta : At least 20 people were killed and more than 300 injured when an earthquake of five point nine magnitude intensity hit the northern Balochistan early this morning.

The epicentre of earthquake was near Harnai and it was 15 killometers deep.

Rescue teams from Quetta have been rushed to the most affected districts and injured are being shifted to hospitals.

Chief Minister Balochistan Jam Kamal Khan, in a tweet, said all departments have been engaged to rescue earthquake affected people in District Harnai.

He said the injured people are also being airlifted and brought to Quetta for medical treatment.