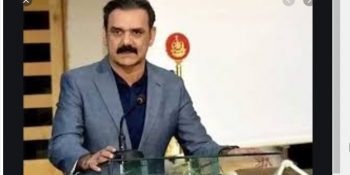 ISLAMABAD, Jul 12 (DNA) : Special Assistant to the Prime Minister on Information and Broadcasting, Lt. Gen (retd) Asim Saleem Bajwa said on Sunday that the new optical fibre cable had been operationalised from Khunjrab to Islamabad. In a tweet, Asim Bajwa who is also Chairman China Pakistan Economic Corridor Authority, informed that the next phase of the cable would be laid from Islamabad to Karachi and Islamabad to Gwadar as part of digital highway plan. The project of laying optical fibre cable from China border to Gwadar is beingRead More 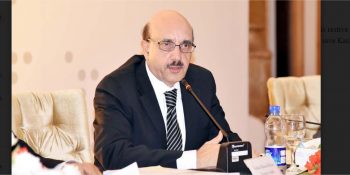 MUZAFFARABAD, JULY 12 (DNA) – Azad Jammu and Kashmir President Sardar Masood has vowed to carry forward the mission of Kashmiri martyrs who had offered supreme sacrifice of their life on this day, 89 years ago, at Srinagar to get rid of the most oppressive Dogra rule. “Today, we are marking the Kashmir Martyrs’ Day in the most tragic circumstances. The occupation authorities have cancelled the commemoration of this day in Srinagar and the entire occupied territory. We strongly condemn this decision by Delhi to muzzle the voices of Kashmiris,”Read More

Leaders emphasize need for conversations on reimagining future of education 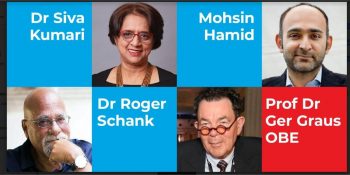 ISLAMABAD, JULY 12 (DNA) –  Day three of the first, fully virtual Beaconhouse School of Tomorrow Conference: A World of Tomorrow: Negotiating a Better Future concluded the conference with all 22 sessions resonating with global audiences over the weekend. A key highlight of day one of the conference was the recognition of the Pakistan government’s comprehensive response to COVID-19 by Director General of the World Health Organization, Dr Tedros Adhanom Ghebreyesus. On day two, Mr Andreas Schleicher, Head of the OECD Directorate of Education & Skills joined for a discussionRead More

World Bank provides US$500 million for agricultural modernization in Uzbekistan 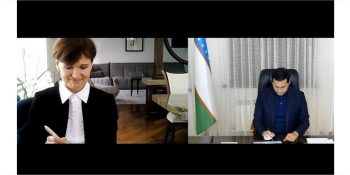 Tashkent, Uzbekistan  — On 11 July 2020, in a video conference format, a ceremony of signing a loan agreement with the World Bank for a total of US$500 million for the implementation of a project to modernize agriculture in Uzbekistan was held. On the Uzbek side, the agreement was signed by Deputy Prime Minister – Minister of Investments and Foreign Trade Sardor Umurzakov, and on the part of the World Bank, Lilia Burunciuc, Regional Director for Central Asia. The signing ceremony was also attended by the head of the World BankRead More 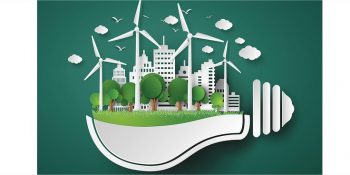 Tashkent, Uzbekistan — It is planned to save 3.3 billion kWh of electricity and 2.6 billion cubic meters of natural gas in the economy of Uzbekistan over 2 years due to energy efficiency measures. Such parameters are provided for by the resolution of the President of the country PP-4779 adopted “On additional measures to reduce the dependence of economic sectors on fuel and energy products by increasing the energy efficiency of the economy and utilizing available resources” on 10 July 2020. Energy efficiency or, in other words, the rational use ofRead More 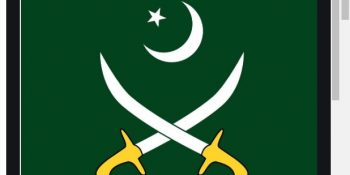 ISLAMABAD, JULY 12 (DNA) – PML-Q Deputy Secretary Information Khawaja Rameez Hassan has said that the ongoing campaign on social media against the army and law enforcement agencies of Pakistan is a matter of concern. He said that external forces are providing huge funding to destabilize Pakistan. In this regard, the educated youth of Pakistan are seduced and incited against their own state. jobless patriotic youth are being used in negative activities by creating an atmosphere of deprivation. He more added that dissemination of hate speech against national institutions isRead More