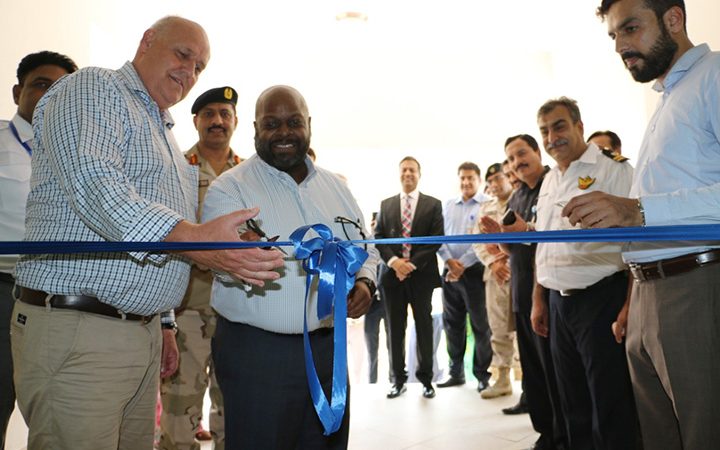 This new multi-agency initiative is a platform that encourages better collaboration among all national agencies which in in their own areas have a mandate to ensure the security of air consignments, whether passengers/airliners’ safety or curbing illicit trade.

Since 2007 the UNODC-WCO Container Control Programme (CCP) has been engaged in helping developing countries set up inter-agency units at seaports to profile and identify high risk consignments.

The steps to establish such units are i) seeking consent from all involved national stakeholders and signing an MoU ii) delivering a complete training package for the nominated staff of the unit (several training phases during an approximate one year time span) iii) providing necessary infrastructure and equipment for the unit, and iv) continuing to assist the unit with additional training and mentorship. The ultimate goal of the CCP Port/Airport Control Units (ACCUs/PCUs) is to effectively identify high-risk consignments with minimum interruption of legitimate trade.

This programme was launched in 2005 with pilot projects in Ecuador, Pakistan, and Senegal. Karachi was amongst the first ports to establish a (maritime) Container Control Unit.

Since its inception, the CCP programme globally has led to impressive and tangible results including the overall seizure of over 265 tons of cocaine, 6 tons of heroin, 71 tons of cannabis, 1.7 thousand tons of different chemical precursors; and the detection of over 1,600 cases of IPR and misdeclaration of goods.

Given the encouraging results of the Container Control Programme in seaports, the programme decided to expand its scope and work methodology into airports. After a round of negotiations and technical assessment, Pakistan’s Jinnah International Airport, Karachi officially joined the initiative in November 2015.

The second Pakistani airport to join was Lahore’s Allama Iqbal International, which has completed its training package in March 2019, its ACCU fully operational since.

The package includes several weeks of theoretical and practical training, followed by advanced training on specific subjects such as strategic goods, CITES, and aviation security.

Once a unit has received the full package, over a timespan of six months to a year, the unit is expected to be proficient in detecting and intercepting consignments containing any type of contraband, particularly restricted and/or prohibited goods.

At the inauguration ceremony the Head Container Control Programme, UNODC Vienna, Mr Ketil Ottersen acknowledged the commitment of all contributing stakeholders, namely the Civil Aviation Authority (CAA), Customs, and Anti-Narcotics Force (ANF); and expressed appreciation for the growing spirit of teamwork among them.

‘It is my aspiration that your joint efforts for the ACCU will protect and empower international trade, and at the same time contribute to improving regional and global security’ he noted whilst conversing with the high-level officials attending the ceremony.

The establishment of this Unit was made possible with the financial support of Japan and the United States (EXBS).=DNA